Regional development instrumental for connecting the Baltic and Arctic

The CPMR’s Baltic Sea Commission (BSC) has adopted a position on the Arctic which reflects the views of its member Regions and contributes to current pan-Baltic and European discussions on this important topic.

The Baltic Sea Commission’s Arctic position was agreed at its General Assembly, held on 12 June in Berlin.

The Arctic plays a prominent role in political discussions throughout the Baltic, whether these discussions are related to energy policy, climate impact, transportation or the European Neighbourhood Policy. Thus, the EU’s integrated policy for the Arctic focuses on climate ch 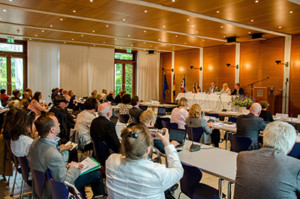 allenge, the importance of international cooperation, and the need for continuous support for research and sustainable regional development in the European Arctic.

And a new aspect of the is the ongoing development of the close and beneficial dialogue that has been established between the EU and relevant regions.  This provides the opportunity to improve territorial cohesion and support regional development, within the framework of the EU’s Arctic involvement.

This is of crucial importance for the CPMR BSC and its Member Regions, which are committed to work closely with Member States, the Arctic Council and the EU for the sustainable development of the Arctic.

The BSC’s Regions in North Sweden, Norway and Finland are key players in the Arctic, as well as in the Baltic. As a result, these Regions provide vital links between both areas.

Even though the European Arctic is a sparsely populated area on the outskirts of the EU, it provides urban structures in the Arctic region. This unique position requires special attention and needs a strategic and common approach by its Baltic neighbours.

Enhancing the cooperation between the Baltic and Arctic will lead to better integrated and developed regions in the Arctic, which is beneficial for the entire Baltic Sea Region.