At the meeting, Christelle Morançais, President of the Pays de la Loire Region (France) was newly elected as President of the AAC, and member regions agreed the Commission’s political goals for the years ahead. 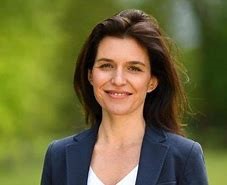 The AAC will closely follow the ongoing debate on the post-2020 Multiannual Financial Framework (MFF) and the key legislations impacting on Atlantic regions and socio-economic stakeholders.

Notably, the AAC will support the continuation of the Atlantic Area INTERREG programme, as well as better access for Atlantic regions to the Connecting Europe Facility (CEF). These topics were discussed during two roundtable debates, gathering key stakeholders from EU, national and regional levels.

The AAC will also participate in a transnational cooperation project on maritime training to further tackle skills gaps in the Atlantic maritime economy sectors, capitalising on the excellent results of the ”Blue Biotechnology Master for a Blue Career” (BBMBC) project.

In addition, the AAC will continue to represent the interests of Atlantic regions in the Brexit negotiations. It will continue to lobby for the modification of Article 15 on ‘Landing Obligation’ of the Common Fisheries Policy (CFP), as well as promoting the economic strengths of the Atlantic Sea Basin, such as marine renewable energies and aquaculture.

Finally, each of the AAC’s thematic working groups will participate in the review of the Atlantic Strategy, to better connect its Action Plan with realities on the ground and EU financial opportunities.

The political goals of the Atlantic Arc Commission’s member regions are presented in the Comillas Political Declaration, which was adopted at the meeting.