INTERREG MED first call 2014-2020 to be launched in September 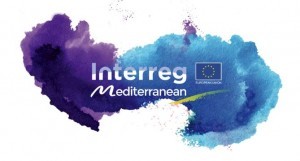 The INTERREG MED programme is the transnational European Cooperation programme for the Mediterranean area.

With a budget of €265 million (including €224 million of ERDF and €9 million IPA and national co-funding), the 2014-2020 Programme calls for projects to build transnational partnerships aimed at meeting the priority objectives of the Programme in the Mediterranean space.

Partners from 13 countries including the whole Northern Mediterranean seacoast will work together allowing them to tackle challenges beyond national borders, such as increasing energy efficiency, protecting natural and cultural resources and strengthening innovation.

The INTERREG MED Programme 2014-2020 kick-off meeting was held on 23rd June 2015 in Marseilles (FR) in the presence of Michel Vauzelle, President of Provence-Alpes-Côte d’Azur Region, and Andrea Mairate, Head of Unit of the Competence Centre for Macro-regions and European Territorial Cooperation –Transnational and Interregional Cooperation, and as part of a joint event entitled “Global challenges, Mediterranean solutions. Decision making and concrete actions”.

During this meeting, the new programme architecture, its thematic priorities as well as the programme’s expectations for future projects were presented.

The event was targeted towards future project applicants, such as the CPMR Inter-Mediterranean Commission, which has gained strong experience in different projects like MarInA-Med COM&CAP (the first pilot horizontal project of the MED Programme), Maremed and Elihmed and gathered hundreds of key public and private stakeholders of the Mediterranean.

The First call for modular project proposals will be opened from 1st September 2015 to 2nd November 2015. The call for horizontal projects will be launched on 11th November 2015 and will close on 11th January 2016.