The CPMR is a partner in a new EU project to support the implementation of Maritime Spatial Planning (MSP) in the north Atlantic region. 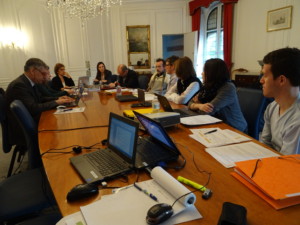 The SIMNORAT project, which is managed by SHOM (the French Hydrographic and Oceanic Service), is funded by DG Mare through the EMFF. It aims to support the implementation of the MSP Directive by Member States in their marine waters in the North Atlantic region of Europe (OSPAR IV). It also supports cross-border cooperation between the Member States.

The CPMR will contribute to work on land-sea interaction and regional participation, as well as organising a mid-term workshop in 2017 and the final conference in 2018 with EU partners, regions and institutions.

It will also produce a report on land-sea interactions in the implementation of the MSP Directive, using the information gathered by the Member States in the framework of this project. And it will contribute to updating the project portal with MSP news, in connection with its observer status in the European Commission’s expert groups. 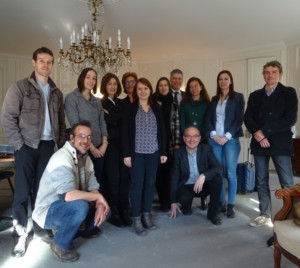 The launch meeting of the project took place in Bordeaux on 26 January and brought together the entire partnership: SHOM (French Hydrographic and Oceanic Service) (France), the French Agency for Biodiversity / Marine Protected Areas Agency (France), the Spanish Institute of Oceanography (IEO) (Spain), the Center for Studies and Experimentation of Public Works (CEDEX) (Spain), the Center of Studies and Expertise On Risks, Environment, Mobility and Development (CEREMA) (France), and the University of Aveiro (UA) (Portugal).

The meeting gave the partners the opportunity to take stock of the administrative aspects of the project and to develop out a constructive plan of action for the project.

These included discussions on the assignment of tasks, the expected results, the deliverables and the interaction between the different axes of the project, as well as the main timeline of meetings.