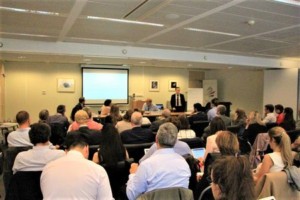 Regions involved in the CPMR’s Climate Task Force met with a number of key EU representatives in Brussels on 26 September to discuss the state-of-play regarding the EU’s ‘Clean Energy Package’.

The engaging discussions involved input from French MEP Michele Ravisi, the Jacque Delors Institute, the European Commission’s Directorate-General for Energy (DG ENERGY) and the Estonian Presidency to the EU.

And from a regional perspective, there was a session involving the European Committee of the Regions, REScoop, The Climate Group and the Heinrich-Böll-Stiftung European Union. 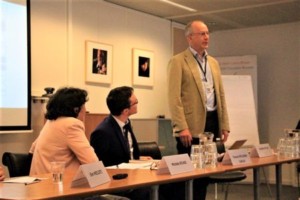 Six case studies from CPMR member regions on the impact of these targets and their efforts to achieve them were also presented during the meeting. These came from Central Denmark, Brittany, Västra Götaland, South West Findland, Gävleborg and Catalunya.

The CPMR’s draft policy positions on the EU Strategy on Adaptation to Climate Change and the Clean Energy Package will be presented for approval by member regions at the upcoming General Assembly in Helsinki in October.

Representatives from the European Commission’s DG CLIMA and DG ENERGY will attend this meeting to provide input into the debates.