The CPMR organised a workshop on access to capital for SMEs in the maritime economy during the European Maritime Days on 17 May in Lisbon. This workshop focused on the support provided by the “Blue Invest” platform that DG Mare is about to launch. It brought together representatives of Region Västra-Götaland, Ocean Energy Europe , BSEC , and Forum Oceano.

The Blue Invest platform set up by DG Mare aims to facilitate access to public and private capital for businesses in the maritime economy. It will be implemented with the support of a consortium led by PricewaterhouseCoopers.

To achieve its objectives, the platform will organise networking activities, mainly through a dedicated web interface, a series of conferences in all sea basins, and ad hoc coaching services for companies wishing to approach investors.

The platform will also develop proposals on the use of European financing instruments and funds to support access to capital, and possibly a new mechanism involving the EMFF, the European Investment Bank and others funds.

During the past year, the CPMR organised discussions between DG Mare and experts from maritime regions on how this platform and the regions could pool their efforts. These exchanges resulted in DG Mare identifying a specific objective to involve the regions in the platform. 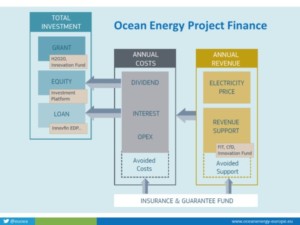 The workshop organised on 17 May as part of the European Maritime Days provide the opportunity to look again at these details and cross-fertilise them with the views of other organisations.

It also discussed the difficulties encountered by maritime businesses, due in particular to investors’ lack of knowledge of the maritime economy, the risk represented by projects in sectors such as marine energies and hence the cost associated with accessing capital. The participants discussed actions already implemented in the territories and the need for the Blue Invest platform to complement them.