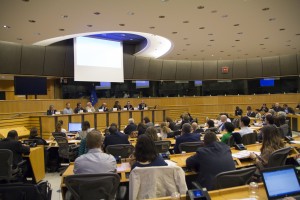 The CPMR has reiterated the key role that Regions are playing in efforts to tackle the EU migrant crisis.

At a meeting to discuss best practices from Southern Italy on migrant inclusion, co-organised by the Calabria Region, the CPMR stressed that Europe continues to witness large scale migration through Greece and the Mediterranean Sea. Most countries and regions in the EU have gradually been affected by the crisis.

Outlining its political position on the migrant crisis, CPMR stressed the need to tackle the roots causes of the crisis, including high unemployment and alienation, and the need to provide support and funding for Regions that are dealing with the most pressure from the migrant influx.

CPMR Senior Coordinator, Alexis Chatzimpiros, said: “This is a humanitarian crisis, with large numbers of people flooding into Europe needing aid and support. However, a political process need to be developed to focus on how we deal with the issues we now face, including cultural and religious integration, family reunification, and supporting unaccompanied minors.”

During the meeting, the CPMR shared the main work of its global Task Force on Migration, a platform for cooperation and good practice that shares the experiences of regional experts on different issues concerning migration. 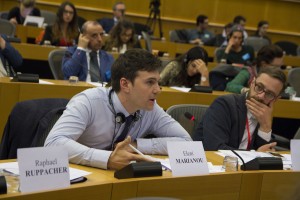 Since its formation in 2015, the Task Force has set up high-level meetings, workshops and seminars to promote dialogue between elected representatives from regions and EU institutions, carried out specific lobbying actions and launched a solidarity and awareness raising campaign.

In this framework, CPMR members, such as the regions of South and North Aegean and the region of Valencia, have signed agreements to contribute to the European Relocation Scheme, which has only delivered 1% of its target so far and show in practice that regions can deliver unique solutions on the ground.

Among other things, the CPMR is exploring the possibility of a MIPEX – REG project (Migrants integration policy index at regional level. This could be used as a tool to analyse, compare and improve integration policy by enhancing regional practices.

The CPMR has invited its member-regions to take part in the project, which is still in its pilot phase, stating that regional experience and good practices can be used to help strengthen the role of regions in the management of the continuing crisis.