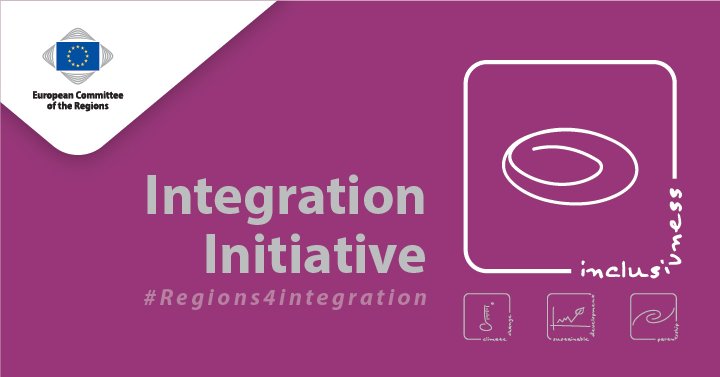 The European Committee of the Regions, in collaboration with the CPMR and three other European territorial associations (AER, CEMR, Eurocities) have launched an initiative called Cities and Regions for Integration (#Regions4Integration).

The formal launch took place during the CoR Plenary on10 April in the presence of its President Karl-Heinz Lambertz, and the EU Commissioner for Migration, Home Affairs and Citizenship, Dimitris Avramopoulos. The CPMR was represented at the event by Mr Rui Bettencourt, Regional Secretary of the Presidency for External Relations of the Azores Government, on behalf of President Cordeiro.

The initiative aims to provide a political platform for cities and regions to develop and put forward proposals for EU policies and funding for the integration of migrants. The #Regions4Integration Blog is also a space to share good practices and success stories in order to promote peer learning and develop a positive narrative on the benefits of welcoming and integrating newcomers into communities.

Regions can join the initiative by completing a simple and quick to fill survey available in all EU languages at: https://ec.europa.eu/eusurvey/runner/IntegrationInitiative

The data collected will be used to tailor the initiative to the needs and interests of regional and local authorities.

The CPMR is looking forward to working with the Committee of the Regions on this initiative, which it believes will be very useful to the work of its Migration Task Force and provide an added value concerning the role and the potential involvement of regions in migrant integration.

It will be seeking to build synergies with its own work on the internal and external dimensions of EU migration policy as expressed notably in its two issue papers ’Migration and Asylum in EU Regions: Towards a multilevel governance approach’ (February 2018) and ‘The external dimension of EU migration policy. Working together: the regional strategy’ (March 2019) and the Visual Mapping highlighting member regions’ capacities and experiences on the ground.

For more information on the initiative contact the Committee of the Regions: integration@cor.europa.eu