The regional dimension in the 2030 agenda for sustainable development 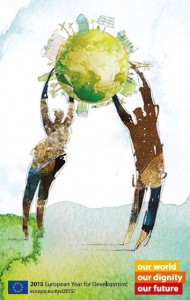 Led by the Basque Country region over the past two years, the CPMR Working Group on External Cooperation has been working on the territorial dimension of the 2030 Development Agenda and the SDGs, as well as on the elements of a renewed approach to decentralised cooperation for increased impact and efficiency. This Working Group has carried out its activities in close collaboration with the European institutions, the United Nations, CONCORD, PLATFORMA and the Global Task Force for Local and Regional Governments.

During its General Assembly, held in Florence on 5-6 November 2015, the CPMR approved a policy paper on “Decentralised cooperation and the regional dimension in the 2030 agenda for sustainable development” promoting the territorial dimension of this agenda and its adaptation to the regional level.

In this document, the CPMR believes that a new paradigm of North-South and South-North solidarity and accountability based on a culture of shared responsibility is crucial as well as the role of the regional and local governments in compliance with the subsidiarity and a multi-level governance approach.