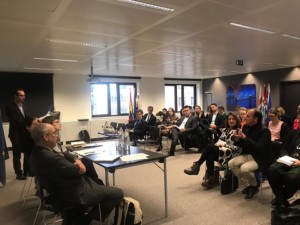 The regions involved in the CPMR’s Climate Task Force met on 06 February to discuss the CPMR priorities for climate action.

The meeting was attended by Cees Loggen, Vice-Governor of the Noord-Holland region and Vice-President of the CPMR in charge of energy and climate, and CPMR Secretary General, Eleni Marianou. It also involved representatives from the European Commission’s Directorate-General for Climate Action (DG-CLIMA), as well as CAN Europe.

Discussions focused on the follow-up to COP 24 at European level, the long-term European strategy for a climate neutral economy, the development of national energy and climate plans, and the financing of climate action.

The CPMR’s priorities in these areas can be read in the CPMR note ‘Action in the climate field: state of play and next steps’.

The discussions on the outcome of COP 24 highlighted concrete progress made at the last COP, 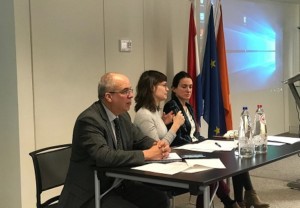 despite the rising emissions in Europe and across the world. According to the European Environment Agency, Europe remains on track to achieve its commitment to reduce GHGs by 20%, compared to 1990 by 2020.

The CPMR will continue to support ambitious messages at EU level. It has applied for observer status at COP 25 and intends to play an active role.

The meeting also highlighted the willingness of regions to be strongly involved in the preparation of national energy and climate plans, which must be finalised during 2019. These plans are essential for the implementation of the vision the long-term European strategy for a climate neutral economy.

The CPMR will work on how regions are associated with these plans and how their priorities are taken into account, particularly in the areas of transport and marine energy. 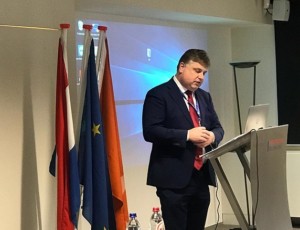 The CPMR Climate Task Force is led by the Noord-Holland, South Holland and Brittany regions.