Climate action: the moment is right and regions need to be involved

The CPMR Task Force on Climate Change met on 6 June to discuss main EU and international challenges on climate and energy. 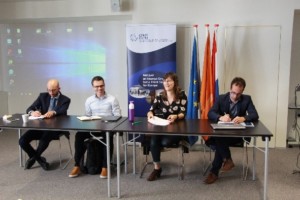 The meeting was held in a crucial political moment as highlighted by Eleni Marianou, CPMR Secretary General. The results of the European elections and the upcoming Finnish EU presidency open for a carbon neutral Europe by 2050 and for an EU agenda where climate is high- priority.

Discussions at the CPMR meeting focused on four areas where the CPMR intends to concentrate its action with its member regions:

• Involvement in the COP 25 due to take place in December 2019 in Chili. COP 25 will be a ‘Blue COP’, as underlined by the Ocean & Climate platform during the meeting. It will focus on the synergies between ocean and climate change, and open a new political agenda on this topic. The debate will be fostered by the publication of a report on oceans by the International Panel on Climate Change (IPCC).

The CPMR is awaiting to receive the ‘observer status’ to COP that will allow it to take an active part in the debates at COP 25, and foster synergies with other organisations. 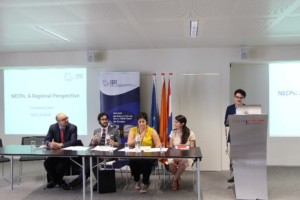 • Involvement of the regions in draft Integrated National Energy and Climate Plans (NECPs). The CPMR is currently conducting an analysis on the content of the draft NECPs. The intermediary results of the CPMR analysis show a general of lack of involvement of the regions and of precise policies leading to non-territorialised plans, which might be difficult to implement. Similar concerns on the lack of detailed policies were raised by WindEurope and European Climate Foundation.

Presentations form the Basque Country, Navarra and South-Holland show that regions have policies and strategies that could inspire their national NECPs. A better involvement would be needed to guarantee that regions can reach their national targets. Recommendations on the NECPs are to be sent to the Member States by the end of June as stated by DG ENER.

• Financing climate action. DG CLIMA presented the Action Plan Sustainable Finance goals as well as insights on the EU international climate financing. In line with EU objectives on sustainable finance, the European Commission launched studies to analyse the impact of EU investments. Results of these studies could lay the ground for new propositions on how EU investments and funds can evolve in the future to provide stronger support to climate action. Nicolas Brookes, CPMR Executive Director, gave an update on the state of play of the MFF negotiations, and presented climate-related elements of the revised draft Negotiating Box to be presented at the General Affairs Council on 18 June, and which opens for more opportunities to finance climate action.