Why territories matter? CPMR addresses the future of EU with a Brexit backdrop 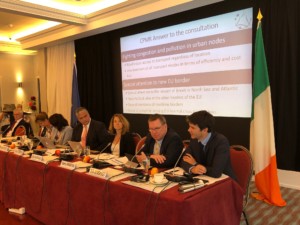 The Conference of Peripheral Maritime Regions (CPMR) met in Donegal (Ireland) for its Political Bureau on 13 June. Shortly after the European elections, it is a key moment for the CPMR regions to strengthen the position of peripheral maritime regions as the major voice on its core areas of work.

CPMR Political Bureau members held a discussion on the future of Europe, and the issues that matter for peripheral maritime regions beyond EU budget negotiations, in view of adopting a manifesto.  Cohesion as a strategic European policy, the democratic health of Europe, climate change and the implementation of the Sustainable Development Goals at regional level were some of the main issues raised during the debate. 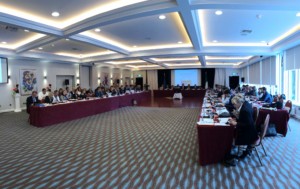 Donegal provided the background landscape for the CPMR discussions on the place to be given to territories in the future of the EU post-2020, with a focus on EU Budget, the EMFF, the territorial agenda. 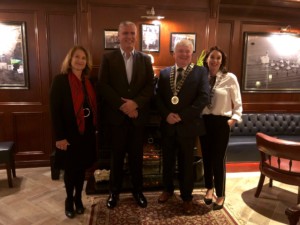 Throughout the Political Bureau meeting, CPMR members also stressed the important of territorial cooperation for the post-2020 period, discussed the impact of Brexit for the fisheries sector, and emphasized the principle of accessibility in light of the upcoming consultation on Trans-European Transport Network (TEN-T).

The CPMR Political Bureau congratulated the President of the Regional Executive Committee of Västerbotten (Sweden) and CPMR Vice-President for transport Erik Bergkvist, and Pierre Karleskind, Vice-president of the Brittany Region (France), for their recent election as Members of the European Parliament.