The UK government announcement of a £1bn fund for its struggling communities represents less than 10% of what UK regions would receive if the UK remained in the EU, according to recent research carried out by the Conference of Peripheral Maritime Regions (CPMR).

Plans to replace EU Cohesion Policy funding in the UK are due to be firmed up during the Comprehensive Spending Review later this year which should lead to the creation of the UK Shared Prosperity Fund.

The Stronger Towns Fund runs for a seven-year period and consists of a £1bn fund allocated to English regions (except London) and £600m available under competitive bidding.

The comparison shows significant discrepancies, particularly in the South West of England which includes Cornwall & Isles of Scilly as a ‘less developed region’.

The Members of the CPMR Political Bureau meet in Brest (Brittany, FR) on 7 March to discuss the impact of Brexit at regional level, amongst other issues.

Notes to the editor: 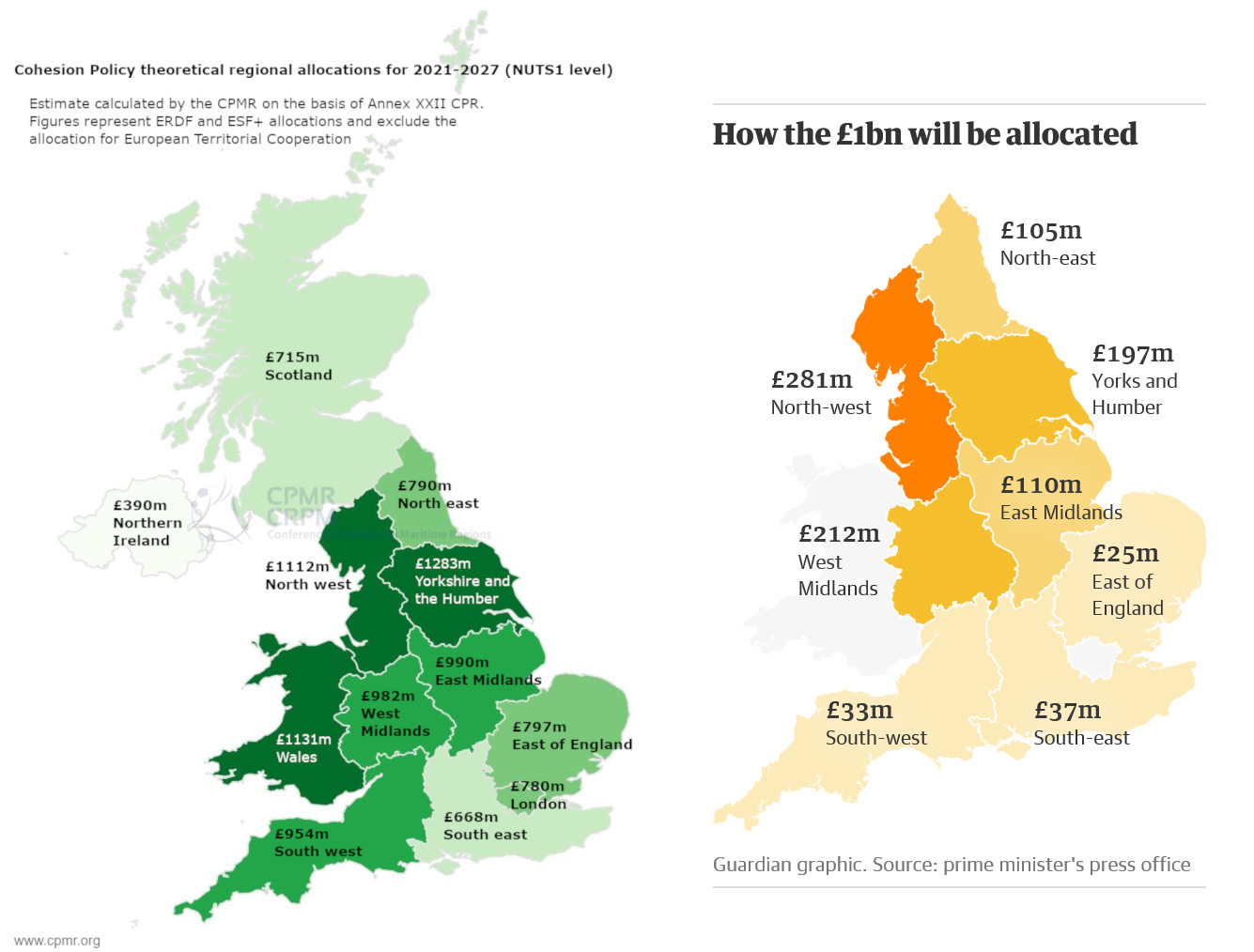