CPMR stresses importance of Cohesion at ‘Forum of Outermost Regions’

The CPMR took a leading role at the Fourth Forum of the Outermost Regions, stressing the importance of Cohesion policy for economic growth across all of Europe’s territories. 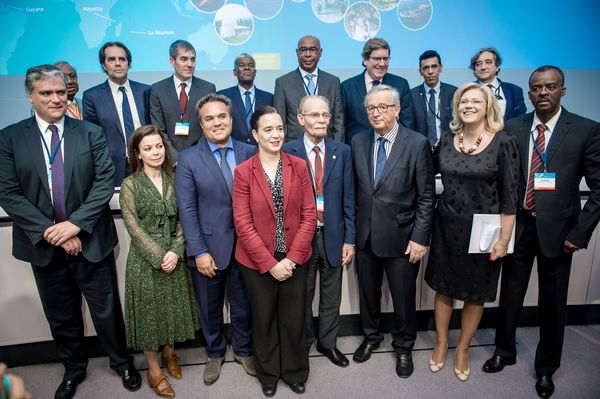 CPMR secretary general, Eleni Marianou, was the moderator of the discussions at the Forum, hosted by the European Commission in Brussels on 30-31 March, which was entitled ‘The Outermost Regions, European lands in the world: toward a renewed strategy’.

The Forum of the Outermost Regions is an important platform for dialogue which illustrates the specific partnership these nine regions – Guadaloupe, French Guiana, Martinique, Mayotte, Reunion, Saint-Martin, the Azores, Madeira, and the Canary Islands – have with the European Commission and other EU institutions.

Speaking during the forum, Eleni Marianou, said: “This meeting provides important momentum for the outmost regions, given its timing ahead of the renewal of the Commission’s strategy.  It also gives us the opportunity to highlight the importance of the future Cohesion policy as a fundamental investment policy of the EU.”

The forum brought together the Presidents of the Outermost Regions, including Vasco Cordeiro, CPMR President, and President of the Regional Government of the Azores, as well as representatives from their three Member States, members of civil society and external stakeholders, and representatives of the EU institutions. 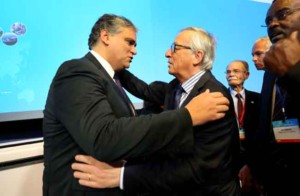 President Cordeiro said: “After two days of this Forum, we cannot leave here without knowing the European Commission’s response to the post-2020 Cohesion Policy, as one of the fundamental pillars of the European project, endowed with political power and adequate resources to fulfill its role and importance.

“At the end of this Forum, we cannot remain without an answer as to what measures, what policies and which projects the European Commission is available to sponsor in the outermost regions. To be able to say, as was said three days ago in Rome, that we are working for, and I quote, ‘a European Union that creates growth and employment; A Union in which a single strong, connected and developing single market, open to technological change, and a stable and strengthened single currency open the way to growth, cohesion, competitiveness, innovation and exchanges, in particular for small and medium-sized enterprises.”

This year, the Forum outlined the importance of the integration of the Outermost Regions in their neighbouring markets, as a key element for their socio-economic development as well as important issues such as digital and physical accessibility, blue growth and green/circular economy and the energy sector.

In 2017, the European Commission will renew the European strategy for the outermost regions, so the forum offered unique opportunity for everyone to come together and exchange opinions and ideas about the future of these regions as territories of Europe and the world. 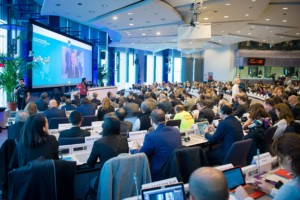 A memorandum was prepared by the outermost regions involved in the forum and was presented to President Juncker, outlining their concerns and aspirations.

Commissioner Creţu said: “Our objective is to help these regions capitalize on their strengths in areas such as the circular economy, research, blue growth or renewable energy, and at this forum we will work together on how to boost their competitiveness by helping them to better integrate into neighboring markets or by improving digital coverage and accessibility in their territories.”

To mark the event, an updated brochure (in EN, ES, FR and PT) is available, presenting successful projects in the outermost regions. It is accompanied by a preface by Corina Creţu, the European Commissioner for Regional Policy, and by the beneficiaries of these projects.

You can find more information about the forum on DG Regio’s forum web page, including an article on the meeting, and video recordings from day one and day two. Photos can also be viewed on DG Regio’s Flickr page.