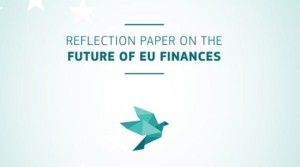 The Conference of Peripheral Maritime Regions (CPMR) has welcomed some of the proposals for reform outlined in the European Commission’s new Reflection Paper on the Future of EU Finances.

However, it is concerned by plans mentioned under several scenarios to limit Cohesion Policy to less developed regions only. The CPMR says such a drastic scenario would harm the EU’s efforts to promote balanced development across Europe and send the wrong signal to European citizens at a time when solidarity in Europe is more needed than ever.

Several of the CPMR’s proposals for reform of the EU budget are echoed in the Commission’s detailed report. These include some acknowledgement of Cohesion policy’s success, a meaningful complementarity between Cohesion policy and other EU policies and programmes supporting investment, such as the EFSI, and positive incentives to implement structural reforms. The CPMR also welcomes the positive mention of the Connecting Europe Facility (CEF) mechanism in the paper.

But the CPMR is worried that the report’s more radical plans to water down the post-2020 EU budget for Cohesion Policy will further increase regional disparities and undermine the realisation of the EU’s overall objectives, such as the reinforcement of territorial cohesion and accessibility.

CPMR President, Vasco Cordeiro, said: “We welcome the paper’s message that the size of the of the future EU budget should correspond to the EU’s political ambition. This must not remain an empty promise.”

CPMR Secretary General, Eleni Marianou, said: “It is worrying that yet again the Commission has highlighted economic, social and environmental considerations for sustainable growth, but has failed to mention the clear need for a territorial dimension.”

The CPMR will study carefully the new ideas mentioned in the reflection paper, particularly regarding the possibility of setting up a single investment fund and the reform of the allocation methodology for ESI funds, in view of its General Assembly meeting in October.