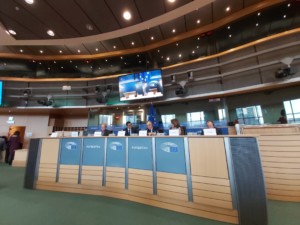 Mr Rossi and Ms Marianou had the opportunity to present the CPMR and to highlight its messages on the most important issues linked to cohesion policy to the REGI Committee members of the 2019-2024 European Parliament mandate. 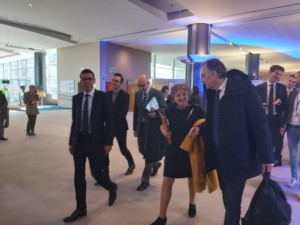 During its speech, Mr Rossi reiterated that cohesion policy is the main instrument to achieve the EU objectives and ambitions to fight climate change while stressing the CPMR’s main concerns on the ongoing Multiannual Financial Framework 2021-2027 negotiations. Ms Marianou praised the European Parliament for their strong stance on the partnership and multi-level governace as well as asking for their support,  key to promote a territorial cohesion in Europe by, for instance, safeguarding a strong INTERREG, defending ERDF regional thematic concentration and paying attention to the specificities of territories. 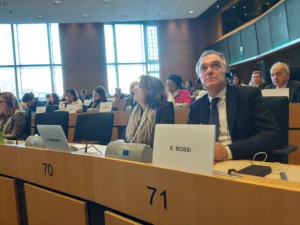 Mr Rossi had the opportunity to discuss and exchange views with the European Commissioner for Cohesion Policy and Structural Reforms, Elisa Ferreira, on key issues for the future of cohesion poliy during her intervention at the REGI Committee that same day.

You can watch the video of the meeting (starting from 16:24) HERE