The CPMR has organised a series of key debates in recent weeks with its member regions to help develop initial ideas and priorities for its Reflection on the future of Future. 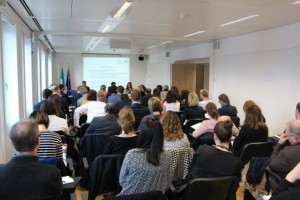 Several meetings have been held where regions, experts and representatives of the EU institutions have come together to discuss the key issues impacting on regions and how we can demonstrate the central place for regions, islands and outermost regions in the future vision of the EU.

These included discussions on how Europe tackles ongoing social, economic and environmental challenges, as well as investing in competitiveness at the regional level, how to address growing populism and distrust of political institutions and structures, and relations between the EU and its neighbours, such as the impact of Brexit and the migrant/refugee crisis.

The next meeting – please confirm your participation

The meeting will also involve a session focusing on investment, territorial cohesion and competitiveness with Thomas Wobben, Director at the Committee of the Regions (who will focus on Cohesion Policy, Budget, impact of Brexit and future of Europe) and Richard Tuffs, Director of ERRIN (who will focus on co-operation between regions in research and innovation, including smart specialisation).

The CPMR is grateful to the Catalan Representation to the EU who have agreed to host this meeting at their offices:

The agenda for the session is as follows:

Please confirm your participation to hafida.michaud@crpm.org

We need your input!

The CPMR invites its member regions to take a proactive role in contributing to the preparation of our position on the future of Europe,

At this stage in the process, we are looking for concrete contributions as follows within the themes/issues identified:

Please let us know over the coming days if you would like to lead on one or more themes/issues.

We would also request that you send us details, where possible, of academics and other experts with a strong background in EU affairs and interest in the future of Europe. We have received a couple of suggestions to date and would like to widen the network as far as possible.

The details we would ideally need for follow up would be: name of academic; job title/area of expertise; name of university/institution; contact telephone/e-mail.