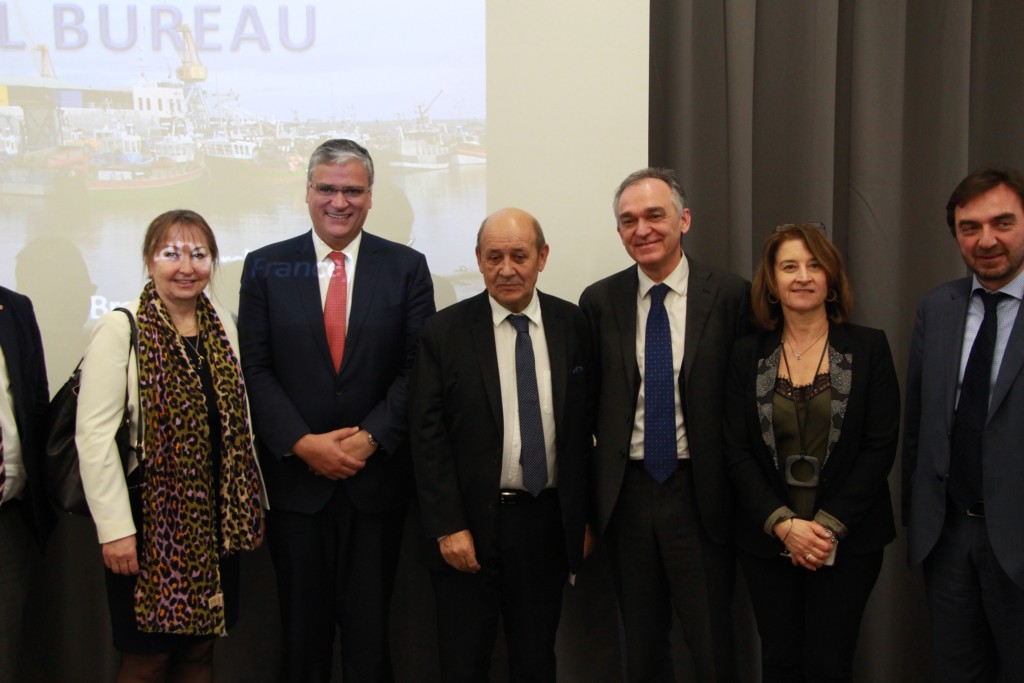 The Conference of Peripheral Maritime Regions (CPMR) met in Brest for its Political Bureau on 07 March, where it expressed its support for a call by Jean-Yves Le Drian, French Minister for Europe and Foreign Affairs, for a fund to alleviate the negative consequences of Brexit on Europe’s regions.

The French Minister expressed the support of his government for the fund which originates from an initial idea put forward by the CPMR, echoed by the MEP Marc Joulaud, stressing that the EU must introduce a mechanism to tackle the territorial disparities that Brexit will cause, particularly for regions in the Channel, Atlantic and North Sea areas.

CPMR President, Vasco Cordeiro, said: “We welcome the call from Minister Le Drian for the European Commission to establish this much needed Brexit fund for peripheral maritime regions. This fund, which the CPMR first called for over two years ago, would provide targeted support to regions and sectors that need it most.”

The Minister’s call for the proposal comes as the UK Parliament is due to vote again today, 12 March, on Theresa May’s deal.

The CPMR is gravely concerned about the current uncertainty surrounding the deal and has stressed that a ‘no deal’ Brexit is particularly likely to have a negative impact on sectors and EU policies of crucial importance to regions in the Channel, Atlantic and North Sea areas.

Recent CPMR analysis estimates that UK regions would lose about 13 billion euros of regional development funding after 2020, while it seems unlikely the UK will commit resources to future INTERREG programmes, threatening the existence of the France (Channel) England, Ireland-Wales and Ireland-Scotland programmes.

Brexit’s impact on the EU Common Fisheries Policy (CFP) could mean the end of access to UK waters for EU 27 fishing communities, and changes in trade links will cause a redirection of flows between UK and EU regions, requiring investments in ports to develop border controls.

Brexit also brings into question the UK’s participation in the TEN-T governance and the future of the North Sea-Mediterranean Corridor connecting Ireland and the UK to the continent.

Given the continuing uncertainty in the Brexit negotiations, CPMR Secretary General, Eleni Marianou, stressed: “The CPMR will continue to support cooperation between regions on contingency planning in the event of no deal and will strive to maintain and develop existing partnerships between UK and EU regions as a matter of principle, offering a stable European platform to UK regions to work and prosper”.