CPMR at the European Business Summit 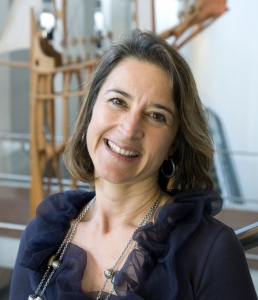 Eleni Marianou, Secretary General of the CPMR, participated in the 15th edition of the European Business Summit, the largest independent forum for business leaders, policy-makers, think tanks, civil society and academics, that gather in Brussels each year. In this last edition, held on 6-7 May 2015, the Summit attracted more than 1,800 participants and 150 speakers, including 10 European Commissioners. All participants were engaged in shaping a better Europe: more competitive, more inclusive and more sustainable.

The session during which Eleni Marianou delivered a speech was dedicated to Innovation as a stimulus for regional growth, promoted by the Greek region of the North Aegean and chaired by its Executive Secretary Nikolas Kostopoulos.

During this session, all speakers highlighted that the new Cohesion Policy for 2014-2020 takes into account the needs that have emerged from the economic crisis. Indeed, its new agenda aims at bridging the gap between public infrastructures and private investments, stimulating employment and supporting the implementation of best practices. The debate aimed to present the opportunities to launch investments in regions from both the private and public sector and outlined ways and methods to that effect.

“Unlocking the economic potential within all European regions is precisely the role of EU Cohesion Policy, but the success of the investments realised by structural funds will depend on the level of engagement of regional authorities,” stated Eleni Marianou in her speech. The CPMR firmly believes that regions should be in the driving seat in terms of EU Cohesion Policy programmes, because “regional governments know best about the untapped potential at territorial level, including the potential of maritime activities”.

The CPMR Secretary General also pointed out the issue of simplifying the administrative burden, launching the idea of creating a proportional system of audits and controls based on past performance, which would lead to high ‘performing’ managing authorities being subject to lighter requirements in terms of audits and controls. In return, regions and countries with low absorption rates should receive more targeted assistance from the European Commission.

The potential of a maritime Europe was also a point raised by Eleni Marianou. “In recent years, the European Commission has recognised this potential and launched an overarching strategy for blue growth, but for this approach to work efficiently, regions need to be at the very heart of its delivery,” concluded the CPMR Secretary General.