The General Assembly of the Atlantic Arc Commission, held in Les Sables d’Olonne on 2-3 March 2017, for the first time opened its debates to 25 students from local maritime vocational school ‘Eric Tabarly’. 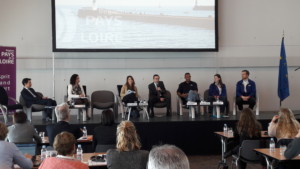 This commitment was fulfilled during the AAC General Assembly.  The students, aged 16 to 18, from the Lycée Tabarly of Les Sables d’Olonne, were invited to take part in two roundtable discussions on maritime training and protection of the Atlantic environment.

They were given the opportunity to speak with Portugese MEP, Sofia Ribeiro, Christos Economou, Head of Unit at the European Commission’s DG MARE, representatives from the AAC’s member regions, and other relevant Atlantic socio-economic stakeholders. 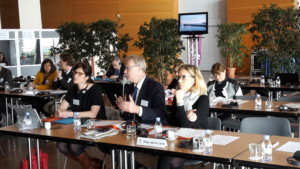 The new format was introduced as part of a broader initiative led by the CPMR to contribute to the institutional debates on the Future of Europe. Since its creation in 1973, the CPMR has been defending the role of Regions in promoting an ambitious European project, so the AAC meeting offered an opportunity to gain the views Europe’s younger generation.

The Atlantic Arc Commission regions expressed their support for the initiative. The AAC will build on this contact with students through the ‘Blue Biotechnology Master for a Blue Career’ project, led by La Rochelle University, as well as their 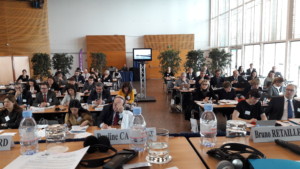 participation in debates held in the European Commission Expert Group on maritime training.

In addition to the involvement of young people, regions at the meeting also discussed the impact of Brexit.

Following a proposal from the Galicia Region, a new Task Force on Brexit was set up. Its objective is to feed into the CPMR’s ‘Reflection on the Future of Europe’ and influence the EU negotiations on Brexit.

As the future of Europe goes hand-in-hand with sustainable development, President Retailleau proposed that member regions should write and sign an Environment Charter at Atlantic sea-basin level.

The main outcomes of the AAC General Assembly exchanges can be read in the AAC Final Declaration.