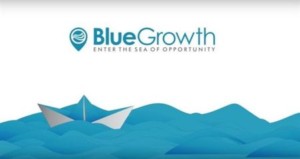 The CPMR and the European Commission’s Directorate-General for Maritime Affairs and Fisheries (DG MARE) organised a working meeting with regional experts on 11 July on ways to improve support for maritime investments in the regions via European financial instruments.

These discussions helped to fuel DG MARE’s thinking on proposals to set up an investment platform, which would be a dedicated instrument for financing blue growth in Europe. Involving commercial banks, the platform would include technical support for project development.

DG MARE described the Platform as a “Dedicated financing instrument to support Blue Growth in Europe, which crowds-in commercial banks, and which may include technical assistance to advise on project development”.

A report covering the discussions at the meeting is available on DG MARE’s Maritime Forum.

To deepen its reflections and to improve understanding of the needs and potential financing modalities, DG MARE wishes to collect examples of maritime projects that are likely to require support via European financial instruments.

Public and private stakeholders are invited to submit ideas via this website: « EUSurvey: project pipeline for the blue economy »

The CPMR is also continuing its work on this subject. It is currently preparing an analysis of the support given to maritime investments by the European Fund for Strategic Investments (EFSI) and on possible ways to improve the partnership with the Regions in its implementation.

This issue will be raised at the upcoming CPMR General Assembly, being held in Helsinki from 18 to 20 October 2017.