The Regions involved in implementing Motorways of the Sea 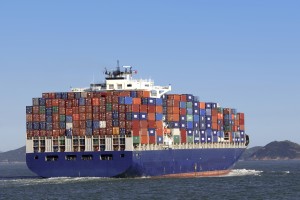 A CPMR delegation led by the Vice-President of Nord-Pas de Calais Region (FR) in charge of Maritime Affairs, Wulfran Despicht and the CPMR Secretary General, Eleni Marianou, met the new European Motorways of the Sea coordinator, Brian Simpson, who has wished to continue the ongoing relationship established between the CPMR and his predecessor, Luis Valente de Oliveira.

During the meeting, the former Chair of the European Parliament Transport Committee informed the CPMR about three stakeholder consultation conferences to be held in Gothenburg (SE) on 18/19 November 2014, Venice (IT) in March 2015 and Liverpool (UK) in May 2015 on maritime safety, alternative fuels and the maritime logistics chain. CPMR Regions and Geographical Commissions have been invited to play an integral role in the consultation process, which will conclude in March 2016 with the presentation of a “roadmap”.

Brian Simpson has agreed in principle to participate in the CPMR 2015 General Assembly on 5/6 November in Florence (IT), where he will debate with the maritime Regions on the mid-term consultation process.

Brian Simpson also accepted the principle of a fourth consultation conference, organised jointly with the CPMR to focus on the regional aspects of Motorways of the Sea.