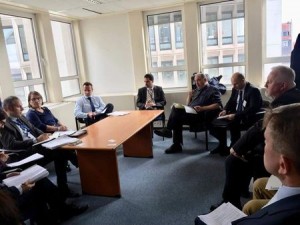 The accessibility of the territories, particularly those which are peripheral and insular, depends largely on the quality of their air service.

At the request of the CPMR Political Bureau, held in March in Patras, a group of regional experts is preparing the initiatives to be taken to ensure that the EU better integrates the principle of territorial cohesion into the different regulations, legislation and funding that affect air transport.

Composed of Sardinia, Vasterbotten, Cornwall and Stockholm, this group met the heads of the European Commission’s Directorate General for Mobility and Transport (DG Move) on April 11 in Brussels.

In particular, the issues of state aid and public service obligations were discussed at the meeting.

Two regulations are to be followed: the 2014 state aid guidelines for airports and airlines, and the 2008 regulation establishing common rules for the operation of air services in the Community. 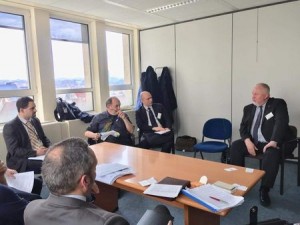 Looking ahead, on 6 June, regional experts will meet with the Commission’s Directorate-General for Competition (DG Comp) to learn more about the European agenda on these subjects and possible opportunities for regional influence.

In line with public service obligations (Article 16 of the 2008 Regulation), DG Move has organised a public consultation, which is open until 7 June, 2018.

The regions are invited to reply to the consultation and copy their feedback to the CPMR, to feed into its positions on this subject.

One of the objectives of the CPMR on this air file is to propose a more transversal approach to the EU, by improving co-operation between the various concerned General Directorates of the European Commission.

This cross-cutting approach to territorial development will be at the heart of an event that the CPMR plans to organise in the second half of 2018.